The abduction of Oscar Z

“The ABDUCTION of Oscar Z” is an arcade game where a boy, stolen from planet Earth along with some of his farm’s animals, tries to escape from an evil, yet somewhat clumsy alien… 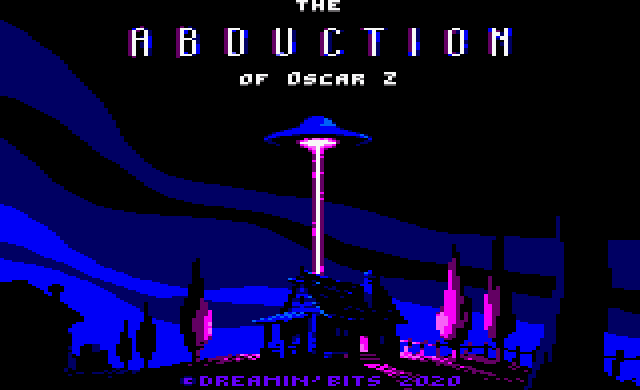 The action integrates different fast-paced dynamics where Oscar will have to fight for his life on endless, exotic landscapes avoiding UFO attacks, hostile birds and clumsy native beings while collecting precious energy items to survive.

Frenetic races, defensive attacks, all sorts of obstacles and traps and even piloting an alien mini-spaceship! Young Oscar will give his very best to free his animals, and above all, Gunter, his pet dog! 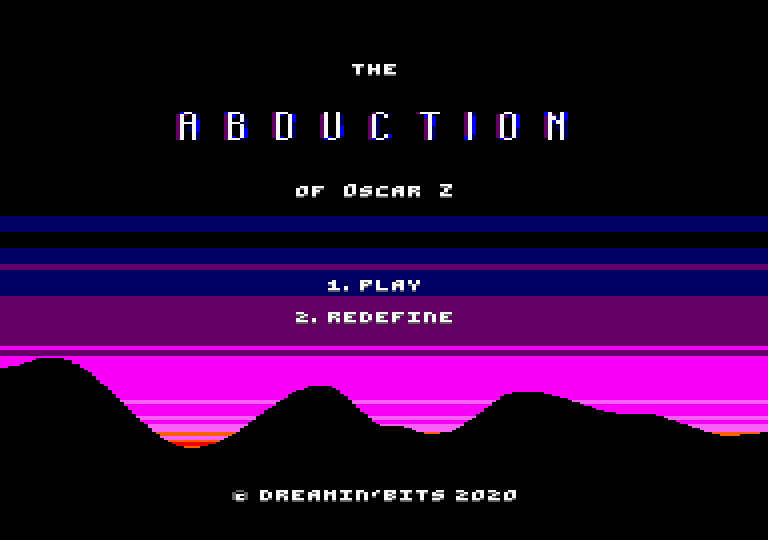 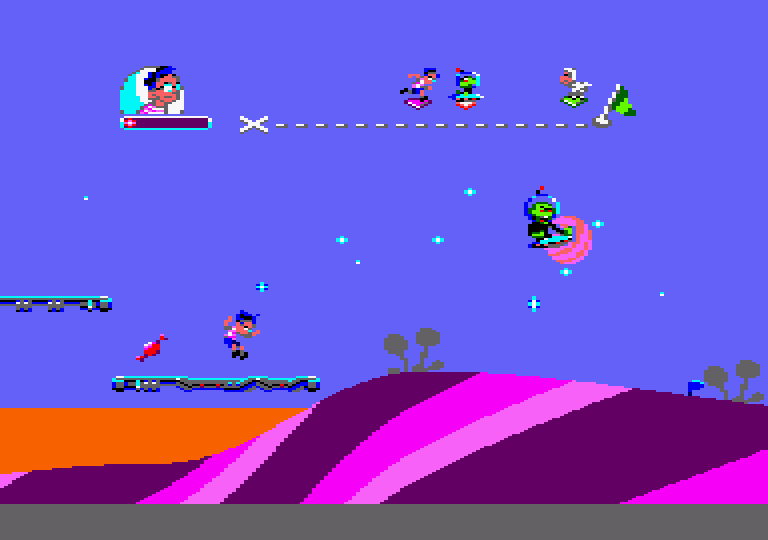 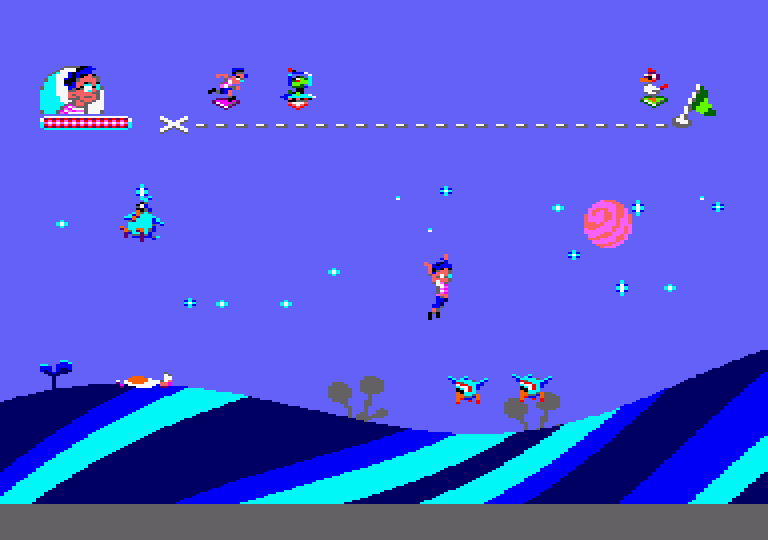 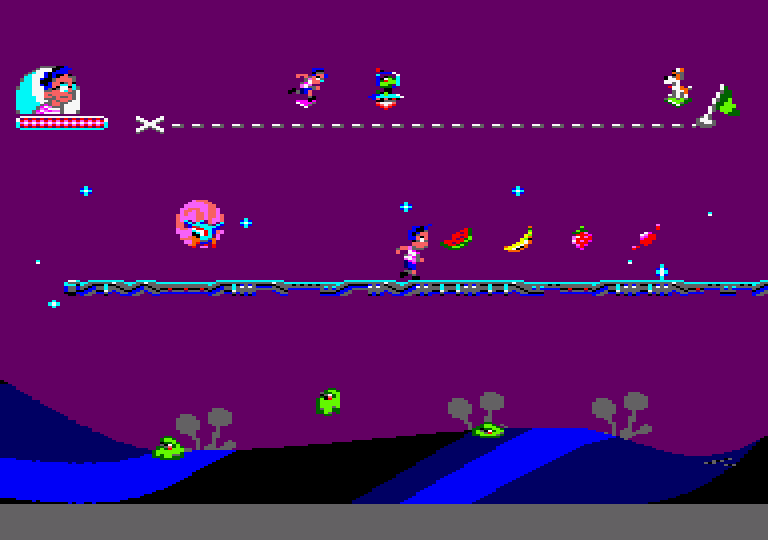 Somewhere deep in her heart, little Cris knew she shouldn’t have approached that odd door. Firstly, there was NEVER such thing as a door on that wall, at least as far as she could remember. Where did it come from? Second, reckoned the girl, how on earth could that door open to such an odd world, gleaming with unearthly colors in the place where the living room should be?

In the quiet darkness of the madrilenian night, an idea struck her suddenly; could this have to do with the recent disappearance of her little sister? She got closer, called out “Hello? Anybody there?”, and closer… “Can you hear me?” till it was too late. A strange force pulled her tiny body through the door, and before she could say “Help” she found herself falling down and down into a world of… dreams? 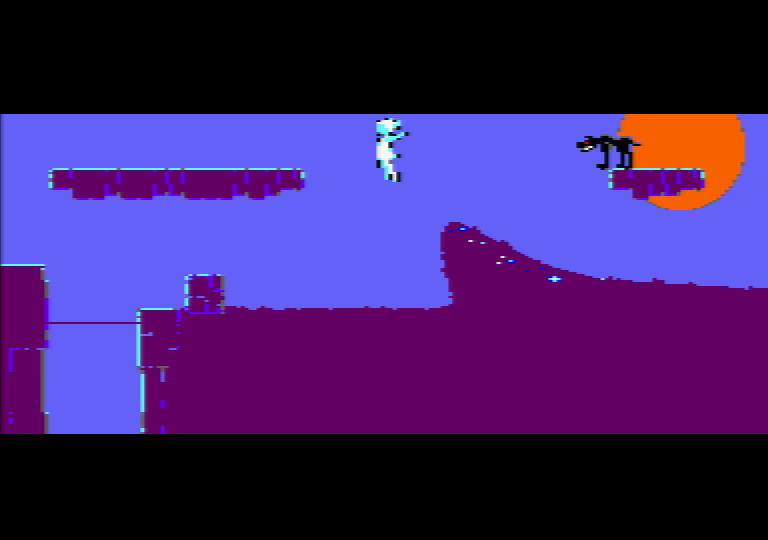 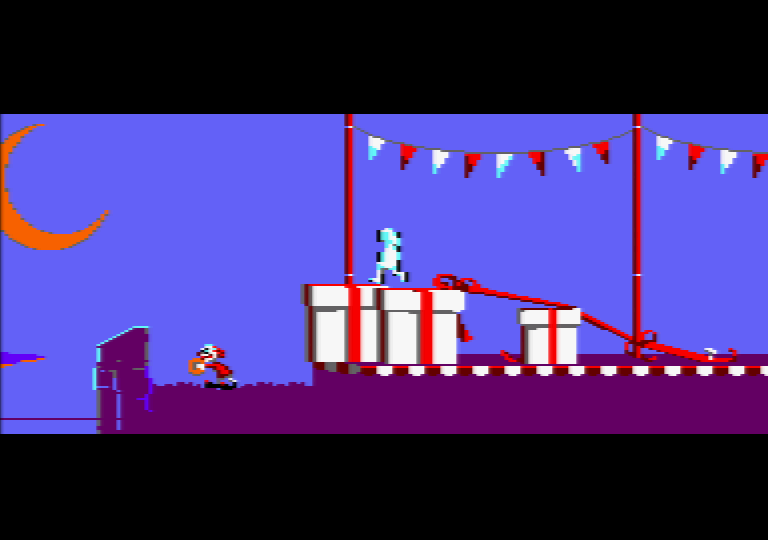 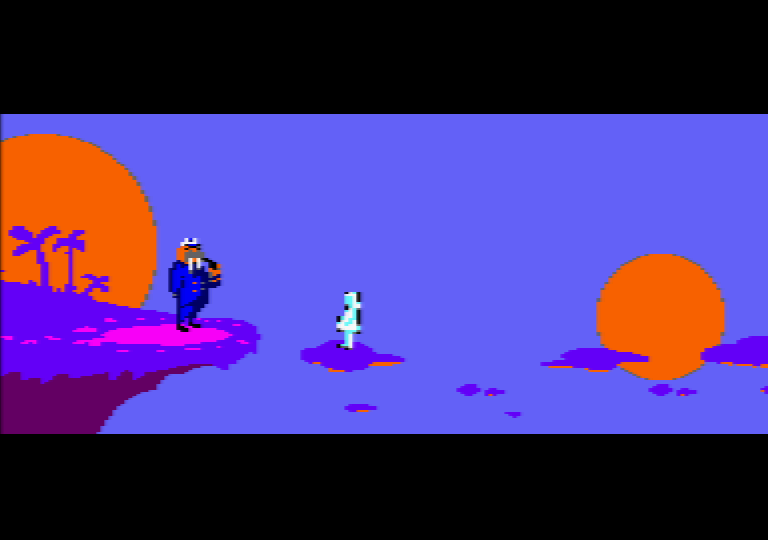 “Cris. Odd prelude” is an adventure game in a world of dreams where anything can happen.

The story runs on Amstrad 464 and 6128 on mode 0 with gorgeous 16 colors. It features exploration, platforms and some animated enemies spread over oneiric landscapes.

The game was presented to the CPCRetroDev 2017 contest and we had the honor to obtain two awards: 4th best game and the amazing @retrospiel physical distribution award. We'll be published! 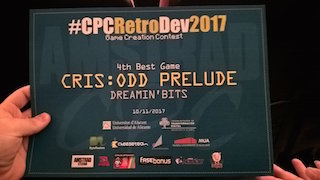 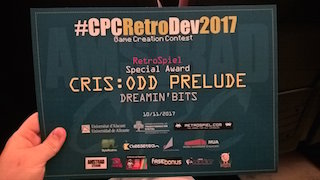 This website uses cookies to obtain statistical data on the navigation of its users. If you continue browsing, we consider that you accept their use.